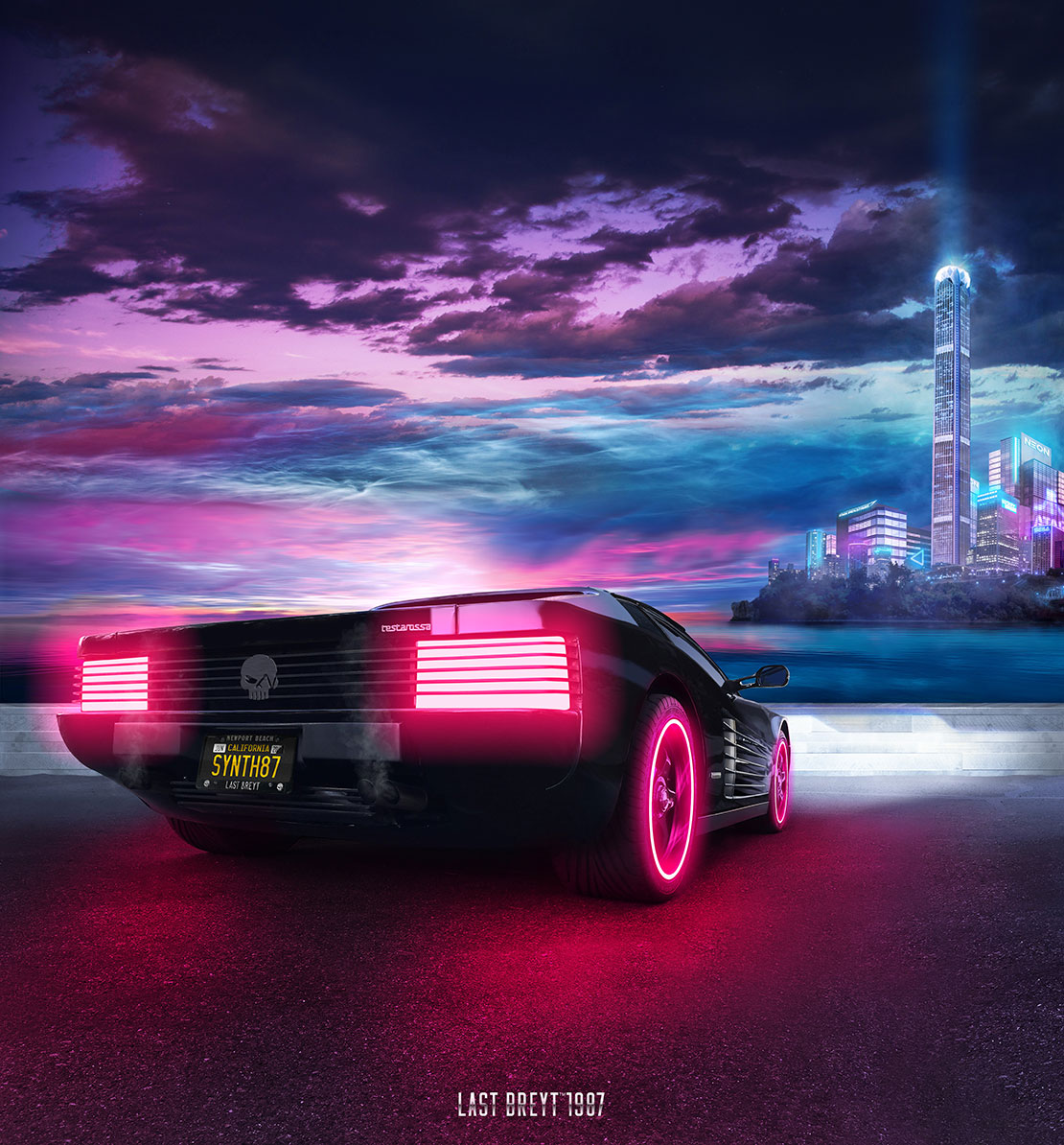 Last Breyt™ 1987 adopts the outrun aesthetic, full of retrofuturistic eighties references, in order to "visualize the imagination", creating images and animations stimulated by music. It is linked to dreams and nostalgia, even of what once seemed ugly to us. It is linked to memories but also to fantasy. The retro vein is in contrast, or rather often in combination with technology.

Many synthwave visuals have a sort “driving on the coast highway”, watching the sunset, while neon lights glisten in the puddles of the freshly rained on streets, or in the distance, through the fog. All this in some vaguely 80s era, as well as a futuristic interpretation of it. A transposition of that magical decade seen through the eyes of the children of the time.

During an unspecified year in the near future, a Ferrari Testarossa, California SYNTH87 license plate, stands on the Long Beach boardwalk (NY). The mysterious man in the car contemplates the landscape, the city lights distract him from the sunset. His mind is reflective, he is thinking about recent events to decide how to move. Betamaxx's Abyss music accompanies his thoughts. He is ready to leave.

Lonely men in leather jackets driving supercars during the night, in deserted areas, illuminated by the street lamps and the signs of the city. Speed and adrenaline can give way to moments like the one broadcast in this scene, where the Ferrari Testarossa is stopped on the seafront, and a mysterious man contemplates the surreal sunset, which steals the scene from the city lights and the imposing buildings.

Get this artwork to hang on your wall!

High quality Art Print, Canvas, or Acrylic. Gallery quality art prints, from printmaking to shipping and customer service. All products are made with archival materials, and are made to last a lifetime.

Main elements related to this visual: