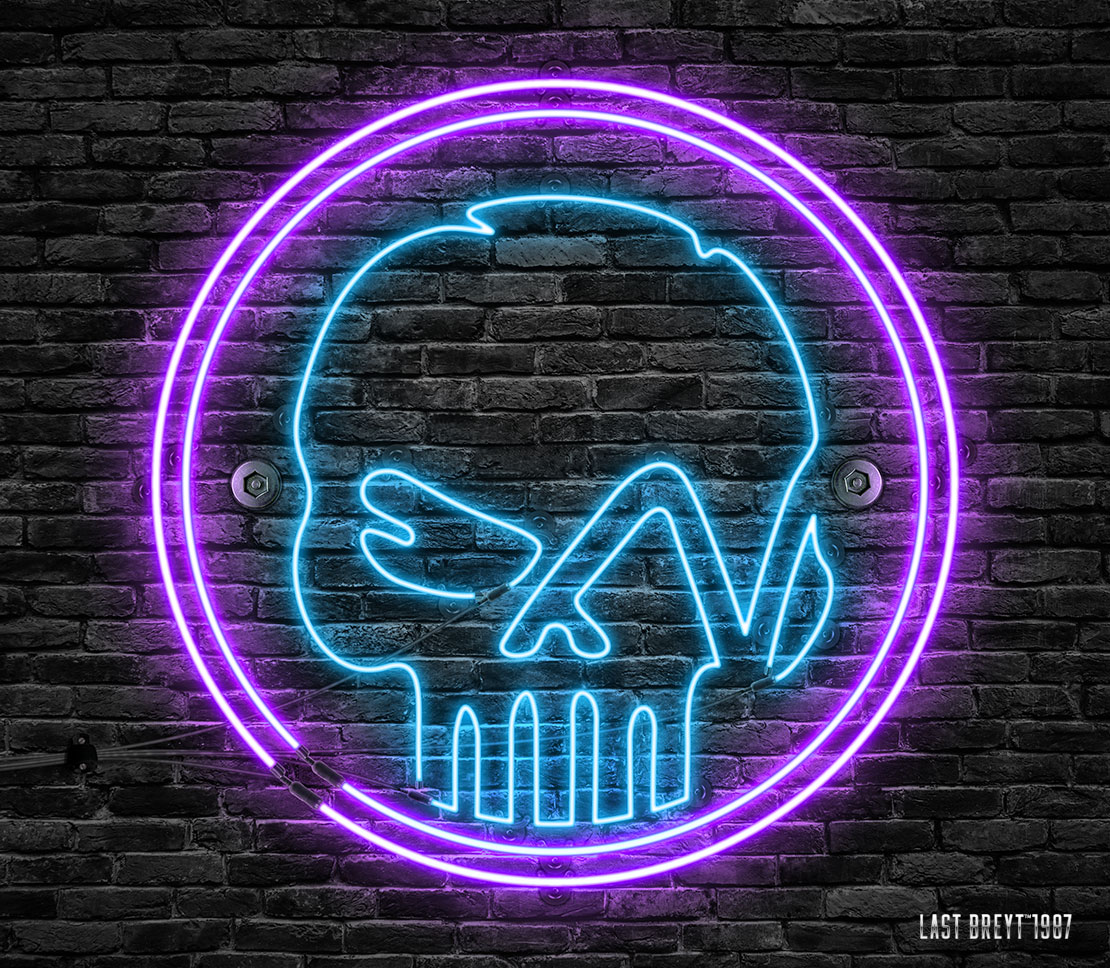 Cyberpunk can be the dark side of synthwave. Blade Runner and Akira know something about it.
Cyberpunk was born in the first half of the 80s, in the field of science fiction, of which it has become a sub-genre of the pessimistic vein, a dystopian futuristic landscape, usually set on a combination of low quality of life and high level of technology, such as artificial intelligence and cybernetics.
Cyberpunk is often set in urbanized, artificial contexts with "city lights at night". In general, the synthwave world (or retro wave), as well as cyberpunk itself, is full of lights and colors, and since the 80s the neon lights have made it the master. Today we see them alongside the modern LEDs, which lend themselves to creating the same scenarios, even more futuristic. However in cyberpunk the tones are gloomy, in contrast with the colored lights. Dark, rain, smoke...

The reason for this cyberpunk prologue is due to the fact that the neon skull inspires a connection with this dark genre.

The Last Breyt skull is a pictogram that has distinguished Last Breyt™ in recent years. It has been revisited for Last Breyt™ 1987 and transformed into a neon sign.

When the Last Breyt logo was conceived, the skull was chosen because it was a symbol widely used by bikers, who exorcise death. When we published it in 2013, someone pointed out that the teeth had an error, since they should be even, and not have a central tooth. In reality, by designing our emblem we were far from having made a mistake, the choice was instead desired. We wanted it to recall in some way the customs motorcycles, the old rides, lived, maybe even a little rusty, their modifications and their design. We wanted it to be bad, almost alienated with those odd teeth.