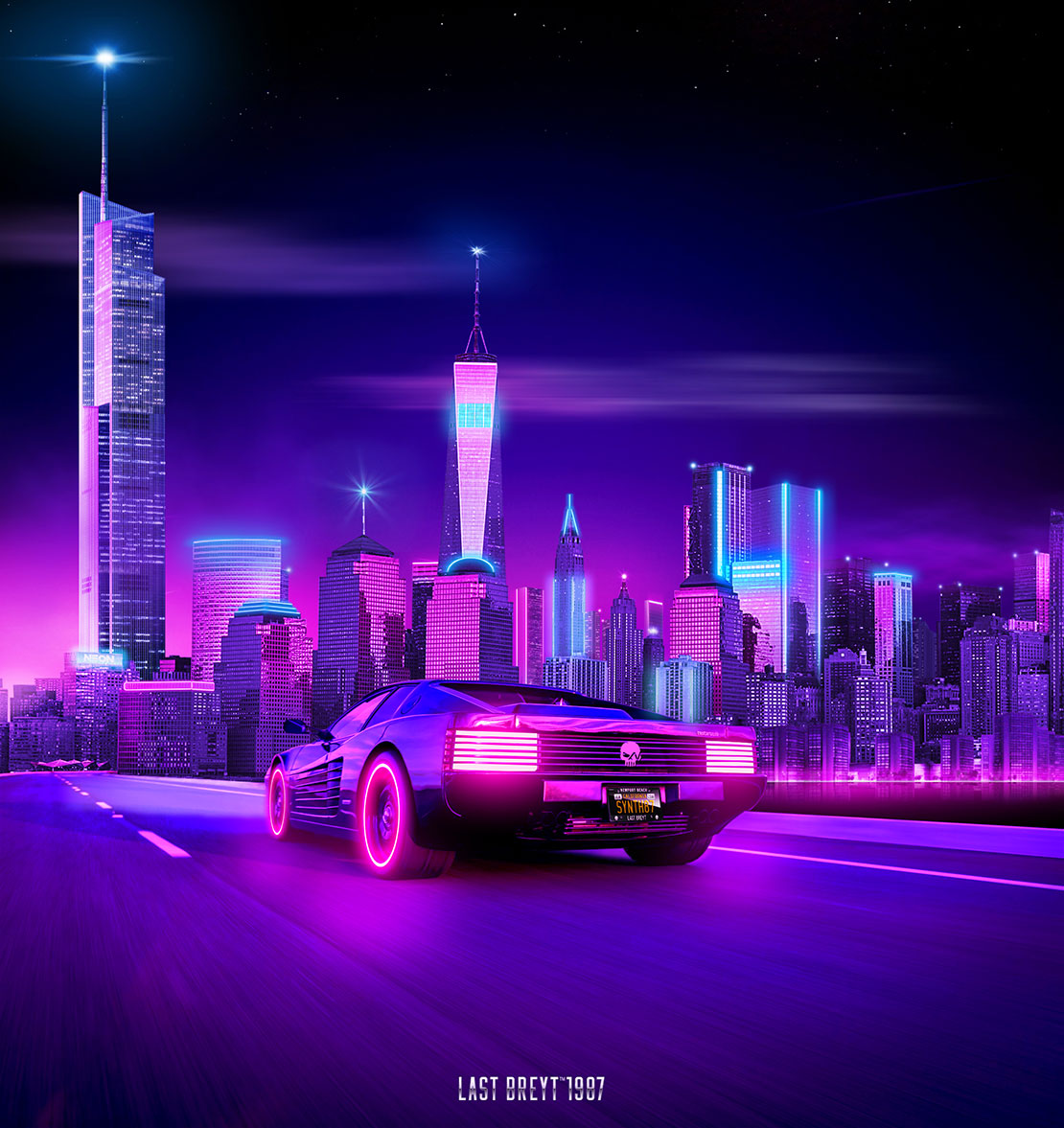 The 84 Ferrari Testarossa is one of the most common cars used in synthwave artwork, this is mainly due to the 1986 arcade video game: Out Run, produced by SEGA. Following the Lamborghini Countach, that absolutely is the iconic sports car of the era, then DeLorean DMC 12, Vector W8, Lotus Espirit...

So we decided to start right from the Testarossa, an eighties icon, it is still the favorite of the Italians, as well as one of the most admired in the world, the car of dreams, an undisputed myth. Like the Countach, the Testarossa has a futuristic design, perfect for the retro wave vein.

And what happens when the myth meets the synthwave? The engine is enhanced with an imaginary futuristic technology, lights appear on the wheels, and everything is tinged with purple and blue.

During an unspecified year in the near future, a mysterious man is traveling the road that connects Jersey City with Manhattan, across the Hudson River. He is driving his Ferrari Testarossa, California SYNTH87 license plate, Stilz's Future Disco music accompanies his run, and thoughts go far to that past and future, so close. His mind is positive.

Get this artwork to hang on your wall!

High quality Art Print, Canvas, or Acrylic. Gallery quality art prints, from printmaking to shipping and customer service. All products are made with archival materials, and are made to last a lifetime.

Main elements related to this visual: